A Great Reckoning by Louise Penny

When an intricate old map is found stuffed into the walls of the bistro in Three Pines, it at first seems no more than a curiosity. But the closer the villagers look, the stranger it becomes.Given to Armand Gamache as a gift the first day of his new job, the map eventually leads him to shattering secrets. To an old friend and older adversary. It leads the former Chief of Homicide for the Sûreté du Québec to places even he is afraid to go. But must.And there he finds four young cadets in the Sûreté academy, and a dead professor. And, with the body, a copy of the old, odd map. Everywhere Gamache turns, he sees Amelia Choquet, one of the cadets. Tattooed and pierced. Guarded and angry. Amelia is more likely to be found on the other side of a police line-up. And yet she is in the academy. A protégée of the murdered professor.The focus of the investigation soon turns to Gamache himself and his mysterious relationship with Amelia, and his possible involvement in the crime. The frantic search for answers takes the investigators back to Three Pines and a stained glass window with its own horrific secrets.For both Amelia Choquet and Armand Gamache, the time has come for a great reckoning. 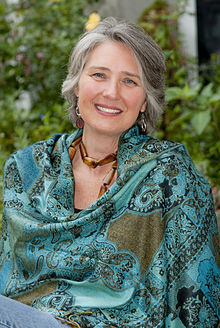 Louise Penny, writer (born 1 July 1958 in Toronto, ON). Upon receiving her Bachelor of Applied Arts in Radio and Television Arts from Ryerson Polytechnic in 1979, Louise Penny began a lengthy career as a radio host and journalist with the CBC. Through her work she honed her public speaking skills and the ability to relate to others, skills that would later serve her well as an author. In 2004 Penny met her future husband, Dr. Michael Whitehead, then Chief of Hematology at Montreal Children's Hospital. He encouraged her to abandon her broadcasting career and write the novel she had always promised herself she would write. Penny's mother had introduced her daughter to such classic crime writers as Agatha Christie, Dorothy Sayers, and George Simenon. After a false start in which she attempted to write the novel she thought others expected of her, Penny refocused her efforts and produced a story that she submitted for the British-based Crime Writers Association for their Debut Dagger Award. It placed second in a field of 800 entries. Picked up by a British literary agent and published as Still Life (2006), her debut novel featuring Chief Inspector Armand Gamache of the Quebec Sureté became an instant hit with readers around the world.                         Author Website


There are many videos of interviews with Louise Penny on the internet.  To begin our meeting we chose one in which she talks about her latest novel, the importance of poetry to her life, and of her process of writing. Here's a link
.
We deliberately do not select our books by genre and had chosen A Great Reckoning due to Penny’s publisher’s promotion of the book which intrigued our members.  Hopes of opening our reading season with this new release were dashed when it became apparent that copies could not be available and circulated before our first meeting and so it was just fitted into our February calendar.  This week we faced the fact that about half our members prefer not to read mysteries…

Those of us who do, and who are fans of the author, were well able to point out the wonderful characterizations, the detailed plot structure, and the development of settings which in themselves became characters in the novel.

Those who reluctantly read crime fiction did appreciate the character development and the quality of the writing – “The lines of his face were the longitude and latitude of his life.”  However, some of the details which appeal to literary tourists, as Penny calls them, were obstacles to these readers.  One described Three Pines as “an alien settlement” perplexed by “these tremendously nice people”. Another was distracted by all the food in the bistro, in the homes of Three Pines, that served by Reine Marie.


That led us into a discussion of culture – food culture in particular – and how the French Canadian celebration of good food might be something westerners find difficult to understand.  In the end we decided that it was all a matter of taste!

What did you think?  Please add your thoughts to out comment section.

Posted by Fireside Readers at 17:50