Having enchanted readers on two continents with Balzac and the Little Chinese Seamstress, Dai Sijie now produces a rapturous and uproarious collision of East and West, a novel about the dream of love and the love of dreams. Fresh from 11 years in Paris studying Freud, bookish Mr. Muo returns to China to spread the gospel of psychoanalysis. His secret purpose is to free his college sweetheart from prison. To do so he has to get on the good side of the bloodthirsty Judge Di, and to accomplish that he must provide the judge with a virgin maiden.

This may prove difficult in a China that has embraced western sexual mores along with capitalism–especially since Muo, while indisputably a romantic, is no ladies’ man. Tender, laugh-out-loud funny, and unexpectedly wise, Mr. Muo’s Travelling Couch introduces a hero as endearingly inept as Inspector Clouseau and as valiant as Don Quixote. 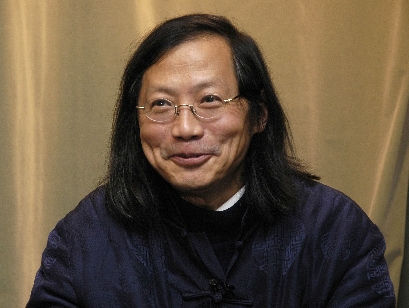 ﻿
About the Author
Born in China in 1954, Dai Sijie is an award-winning author and filmmaker. Caught up in China’s Cultural Revolution, he was "re-educated" between 1971 and 1974, and spent time working in a camp in a rural part of Sichuan province. After his re-education, he completed high school and university in China before departing for France in 1984 on a scholarship. He directed his first film in 1989. His first novel, Balzac and the Little Chinese Seamstress was published in France in 2000. The translation became a national bestseller in America.

Posted by Fireside Readers at 17:07