In the Garden of Beasts: Love, Terror and an American Family in Hitler's Berlin by Erik Larsen 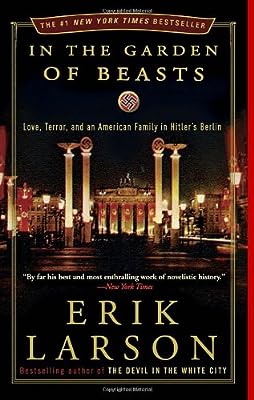 In the Garden of Beasts tells the story of the build-up to World War II from the point of view of people who experienced it first hand: the American ambassador to Germany in the 1930s, and his family. William Dodd was a history professor by training, not a diplomat, and may have seemed an unlikely choice for the representative of U.S. interests in Germany during such a pivotal time. Arriving in Germany a few months after Hitler was appointed chancellor in 1933, Dodd and his family, particularly his lively socialite daughter Martha, had a front-row view of the building popularity of the Nazi party… and the growing climate of suspicion and fear that was slowly co-opting the glorious vision of “New Germany.” 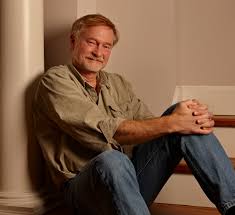 Erik Larson is the author of four New York Times bestsellers, most recently In the Garden of Beasts: Love, Terror, and an American Family in Hitler’s Berlin, which hit #1 and remained on the printed list for 35 weeks. It was published in Britain, France, Italy, Poland, Australia and a number of other countries and will be published in paperback in the U.S. on May 1, 2012. Movie rights were optioned by Universal Studios and Tom Hanks’ Playtone.  Erik’s book The Devil in the White City remained on the Times‘ hardcover and paperback lists for a combined total of over three years. It won an Edgar Award for nonfiction crime writing and was a finalist for a National Book Award; the option to make a movie of the book was acquired in November 2010 by Leonardo DiCaprio.
Erik’s research has taken him to far-flung locales, and down innumerable strange alleys. For his 2006 bestseller, Thunderstruck, Erik traveled to London, Munich, Rome, Nova Scotia, and Cape Cod, as he sought to chronicle the strange intersection in the careers of Guglielmo Marconi, inventor of wireless, and Hawley Harvey Crippen, England’s second most-famous murderer (after Jack the Ripper). To broaden his understanding of Marconi and his roots, Erik studied Italian; he achieved an elementary grasp of the language while developing an advanced appreciation for Italian red wines.
Erik also wrote Isaac’s Storm, published in September 1999. In addition to becoming an immediate Times bestseller, the book won the American Meteorology Society’s prestigious Louis J. Battan Author’s Award. The Washington Post called it the “‘Jaws’ of hurricane yarns.”
Erik graduated summa cum laude from the University of Pennsylvania, where he studied Russian history, language and culture. He received a masters in journalism from Columbia University. After a brief stint at the Bucks County Courier Times, Larson became a staff writer for The Wall Street Journal, and later a contributing writer for Time Magazine. He has written articles for The Atlantic, Harper’s, The New Yorker, and other publications.
Larson lives in Seattle with his wife and three daughters. Numerous beloved rodents are buried in his back yard.
www.eriklarsonbooks.com