The Day The Falls Stood Still by Cathy Marie Buchanan 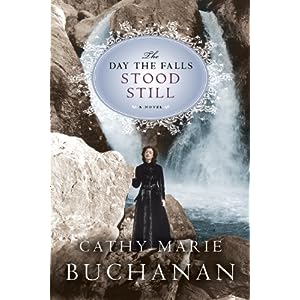 Steeped in the intriguing history of Niagara Falls, this is
an epic love story as rich, spellbinding and majestic as
the falls themselves.

1915. The dawn of the hydroelectric power era in Niagara Falls.Bess Heath has led a sheltered existence as the youngest daughter of the director of the Niagara Power Company.

After graduation day at her boarding school, she is impatient to return to her picturesque family home near the falls. But when she arrives, nothing is as she left it. Her father has lost his job at the power company, her mother is reduced to taking in sewing from society ladies she once entertained, and, Isabel, Bess' vivacious older sister, is a shadow of her former self. She has shut herself in her bedroom barely eating and harboring a secret....


Set against the tumultuous background of Niagara Falls, at a time when daredevils shot the river rapids in barrels and great industrial fortunes were made and lost as quickly as lives disappeared, The Day the Falls Stood Still is an intoxicating debut novel.

Cathy Marie Buchanan's stories have appeared in several of Canada's most respected literary journals: The Antigonish review, The Dalhousie Review, Descant, The New Quarterly  and Quarry. She holds a BSC (Honors Biochemistry) and an MBA from the University of Western Ontario. Born and raised in Niagara Falls, Ontario, she grew up amidthe awe-inspiring beauty of the Niagara River and awash in the local lore. She now resides in Toronto.  Visit her website at http://www.cathymariebuchanan.com/

The Globe and Mail
USA Today

Posted by Fireside Readers at 15:14